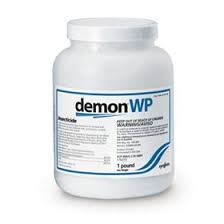 With the recent rains around the New Braunfels area the fire ants are flourishing.  Many folks are asking what they can do to help combat these pests.  To be effective in your fight with the fire ants, you have to kill the queen.  Here are some options and methods to consider:

Another pest we’ve seen of late are scorpions.  This is a two step process.  First clean up the inside of the house. Pick up clothes, laundry and any clutter items where they could be hiding.  Next, secure the outside of your house.  Patch up cracks to your home using sealant or caulking.  Look for hiding places outside, clean up clutter, remove rocks, firewood and any other areas where scorpions could be hiding.

New Braunfels Feed recommends Demon WP for your bug problems, including ants, roaches, and spiders.  Demon WP is a wettable powder insecticide that comes packaged in one pound bulk containers and in the more popular tinfoil package containing four water soluble pre-measured packets inside. Each one of these packets makes between 1/2 and 4 gallons of finished spray. Demon WP is odorless, non staining and it has a low toxicity towards mammals, birds and reptiles. It belongs in the synthetic pyrethrum group of insecticides.Demon WP is very active against a wide range of insects and arachnids. These include large roaches, ants, crickets, bees, wasps, fire ants, silverfish, lady bugs and spiders. Spraying inside every 3 months and spraying the entry points around the perimeter of the house every month with Demon WP will keep the inside of any home pest free.