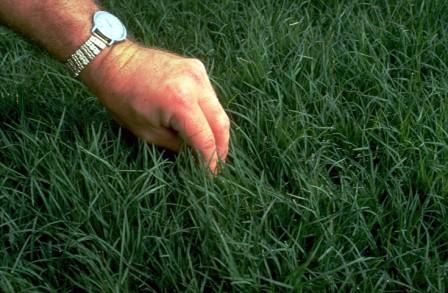 New Braunfels Feed carries a variety of Bermuda and Native Grass Seed options for your lawn or pasture. Each grass serves a slightly different purpose. Make sure you know what your goals are for your grass before seeding. Here is what we offer.

Bermuda – One of the most popular of the warm season grasses, Bermudagrass can be easily planted from grass seed, sod or grass plugs. Bermudagrass is heat, drought, traffic, and salt tolerant. It requires full sun and good drainage, so it’s not suited for shade conditions. Watch your water, it’s best to avoid overwatering. Bermudagrass can tolerate being cut as low as half an inch. Bermuda grass goes dormant in the winter when temperatures drop below 65 degrees. Bermudagrass grows best under extended periods of high temperatures, mild winters and moderate to high rainfall.

Bermudagrass grows well on a wide variety of soils from heavy clays to deep sands, provided fertility is not limiting. It tolerates both acid and alkaline soil conditions and is highly tolerant to saline conditions. Bermudagrass survives some flooding but does best on well-drained sites. Although it may persist under low fertility, bermudagrass has a high nitrogen requirement for good quality turf.

Bermudagrasses have a relatively high fertilizer requirement to maintain a high level of turf quality. The amount and frequency of fertilizer required depend on the desired appearance and growth rate of the turf, length of growing season, soil type, bermudagrass variety and the use of the turf. Where high quality is of critical importance and the turf is mowed frequently, 1 to 1.5 pounds of nitrogen per 1,000 sq. ft. per month may be applied during the growing season. The lowest rate of nitrogen that can be applied and still maintain acceptable bermudagrass turf for sports fields and golf courses is about 0.5 pounds of N per 1,000 sq. ft. per month.

Soil types also influence fertilizer needs. Sandy soils require light but frequent applications of nitrogen because of low nitrogen retention. Sandy soils are also typically low in other nutrients such as phosphorus and potassium and these nutrients must also be provided through fertilization. Soil tests are required to determine phosphorus, potassium, calcium and other nutrient deficiencies. Potassium is particularly important because of its contribution to root growth, environmental stress tolerance (heat, cold and drought) and wear tolerance. Potassium has also been found to reduce the susceptibility of bermudagrass to leaf spot diseases.

The Native mix we currently sell is called Prairie Blend. These native seed mixes are ideal for planting in rangeland pastures, ornamental or ecological and wildlife cover crops or simply to turn your lawn, beds, and borders into a native prairie.

Big Bluestem grass seeds can produce a versatile and attractive grass. It is a native grass and is a warm season perennial grass which has an attractive reddish-copper color in fall and can help create a beautiful landscape. In fact, some use it specifically as an ornamental grass. It blooms from June through September. In late summer, purplish flower spikes form. Big Bluestem is the most prevalent and widely distributed of all prairie grasses which can grow 4 to 7 feet tall.

Big Bluestem has tall and slender stems that are blue-green in the summer. The hairy blades, which can get to be 12 inches long and 1/2 inch wide, will get a red tinge on the leaves as they get older, and turn reddish copper in the fall. Big Bluestem grasses are excellent native grasses for landscaping and can be grown in pots or in the flower beds. It is a very attractive grass which works well as an accent plant or in mass plantings.

Little Bluestem grass seed easily grows to produce one of the most popular ornamental grasses on the market today, and it is widely used in landscaping. Little Bluestem native grass is often used in wildflower plantings because it is short and mixes well with wildflowers for increased attraction. This native prairie grass has a wide range of colors which are various shades of blue and green hues. These colors turn to a striking bright red in fall and are topped by fluffy silvery-white seed stalks. Little Bluestem ornamental grass can reach heights of two to four feet tall and a patch of this waving in the wind is truly a wonderful sight for your landscape.

Little Bluestem is a vigorous, long-lived native bunch grass, widely distributed over the United States; but most prevalent in the Central and Southern Great Plains. It is usually found associated with Big Bluestem native grass. It is more drought resistant that Big Bluestem, and a smaller plant – usually not reaching much over 3 feet. The leaves are up to 8 inches long, and not over 0.25 inch wide. It furnishes dependable grazing and cured hay, but is not highly palatable. It is especially valuable for erosion control.

Butte Sideoats Grama (Bouteloua curtipendula)is a long-lived, warm-season, native grass with an exceptionally wide, natural distribution throughout the United States. It is most abundant in the Great Plains. It is the largest species of the grama grasses, reaching up to three feet in height. The color of the grass is bluish-green and cures to a reddish-brown color in the fall. The leaves are fairly coarse and stiff. Blooms occur along one side of the seed stalk and are bright red in color. The mature seeds droop from this one edge, thus attributing to the name.

Sideoats Grama germinates rapidly when conditions are favorable, which is usually a fairly long wet period. However, the seedlings will not develop sufficiently to withstand a significant drought, so early continued moisture is important. Sideoats Grama grows well on mountainous plateaus, rocky slopes, and sandy plains. This native grass is also drought and cold tolerant and is hardy in Zones 4-9. It is considered a good foraging grass for livestock and is also good for erosion control.

Despite the early need for water, developed plants do not handle abundant moisture well and can easily drown out. Their long root system will penetrate deeply into the underlying areas of drier, subsurface soil, which then reduces the plants’ dependency on the changeable moisture levels of the topsoil. Sideoats grama does not persist on many sites. The roots lessen in number after the first year of growth and the plant will often disappear completely after five years. It does, however, reseed fairly easily if the site is favorable. The best-growing sites are those with shallow soil, a fairly low moisture level, and good drainage. Because it is so drought tolerant it often becomes abundant following prolonged dry periods which makes it a popular native grass.

Sideoats Grama is not as palatable as some of the other short native prairie grass species, but it produces a greater volume of forage, which tends to make up for its lower palatability. It also stays greener longer that other gramas which allows for longer grazing. However, overgrazing is very harmful to the species. Look for best stands of Side-Oats on rocky open slopes, shallow woodlands and forest openings up to an elevation of 7,000 feet.

Holt Indian Grass (Sorghastrum nutans) – Start Indian Grass seed for this versatile, perennial, prairie grass. Indiangrass is a beautiful, clumping, native grass of medium color, turning to a showy yellow to bronze color in the fall. It will normally retain some color throughout the winter. At one time Indian Grass grew throughout the prairies of central and eastern United States. It grows best in deep, well-drained floodplain soils but is highly tolerant of poorly to excessively well-drained soils, acid to alkaline conditions, and textures ranging from sand to clay. In good soils, this native grass can get up to 6 – 7 feet tall, but 3 – 5 feet tall is more normal.

Indian Grass has many uses. It is very palatable for livestock in its active growing season and provides an excellent wildlife habitat. Since it is very tolerant of poor soils, it can be used for erosion control in many areas where other plants won’t thrive. Native prairie grasses are often used for landscaping as an ornamental grass, a border plant, or used alone or combined with other native grasses, such as the bluestem grasses, to create a meadow look or even combined with wildflowers.

How To Grow Indian Grass Seed: Fresh native grass seed may be sown in the fall and expected to sprout when the soil warms up in the spring or firmly planted 0.25 in deep in early spring. It should not be mowed or grazed at all the first year.

Switchgrass (Panicum virgatum) is a summer perennial grass that is native to North America. It is a natural component of the native tall-grass prairie which covered most of the Great Plains, as well as the south and the eastern United States. This native grass grows best in areas that receive 30 inches of rainfall a year or in irrigated areas with average to wet soils. It is resistant to many pests and plant diseases, and it is capable of producing high yields with very low applications of fertilizer. This means that the need for agricultural chemicals to grow switchgrass is low to non-existent. Switchgrass also is very tolerant of poor soils, flooding, and drought.

Switchgrass usually grows 3 to 5 feet in height. Even as a seedling, it can be distinguished from other native grasses by the dense patch of hairs at the point where the leaf blade attaches to the sheath. The stem is round and usually has a reddish tint. The seed head (panicle) is spreading and open. Foliage turns a beautiful yellow in fall. Holds it’s form well throughout the winter and it is also an excellent material for fresh and dried arrangements. Used often as an ornamental grass.

When switchgrass is used for pasture it must be grazed before seed stalks develop. Before seed stalks develop, forage quality is high and palatability good. After seedheads emerge, nutrient levels become low and switchgrass becomes unacceptable as pasture. Animals are reluctant to eat mature switchgrass and may refuse it entirely if other feed is available. Begin grazing switchgrass when it becomes ready to graze, regardless of how much grazing potential remains on cool-season pastures. Switchgrass matures earlier than most warm-season grasses, so grazing often needs to begin while cool-season grasses still provide good forage. It is better to graze this native grass when it is ready and then graze the remaining cool-season grass later in the summer than to finish grazing the cool-season grass first and let the switchgrass become stemmy. If switchgrass becomes stemmy before grazing begins, cut it for hay and graze the regrowth about 45 days later. Deer, quail, turkey, and rabbit also like this native grass.

Switchgrass may be able to play a significant role in improving water quality. It could be planted on highly erodible sites and on field borders. As well, it may be used on sandy soils where excessive nitrate leaching is associated with conventional corn production methods. 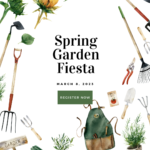